Major League Baseball (MLB) and YouTube last Wednesday announced four games to air in September. The four games are Miami Marlins vs. Atlanta Braves, Milwaukee Brewers vs. Detroit Tigers, Kansas City Royals vs. Milwaukee Brewers, and Cincinnati Reds vs. Minnesota Twins. If you are a baseball fan, the four games should not be missed.

For this cooperation, “The fan response and engagement with our games on YouTube was overwhelmingly positive. This partnership allows your fans to watch MLB games on a popular platform that features a creative presentation,” said Dominick Balsamo, MLB Senior Vice President.

YouTube also praised this cooperation. “We loved with MLB last season to bring games to fans across the world and we saw an average of 1.2 million fans tuning in to each game,” said Tim Katz, Head of Sports and News Partnerships, YouTube.

For this new cooperation, Tim Katz said, though this season is unlike any other, we’re thrilled to bring this great content to our users. “This September, YouTube will be part of what promises to be an exciting and unprecedented pennant chase with teams competing for position in a new Postseason format.”, said Dominick Balsamo.

What Are the Four MLB Games?

Starting on Labor Day, the four MLB games will air throughout September on MLB’s YouTube channel. The four games are:

The announcers are Scott Braun, Kevin Millar, and John Smoltz from MLB Network.

They are free of charge from any device. However, note that the first two BLM games will be exclusive to YouTube, and the final two MLB games will air on the Club’s Regional Sports Networks.

If you are a great baseball game fan, the four games should not be missed. 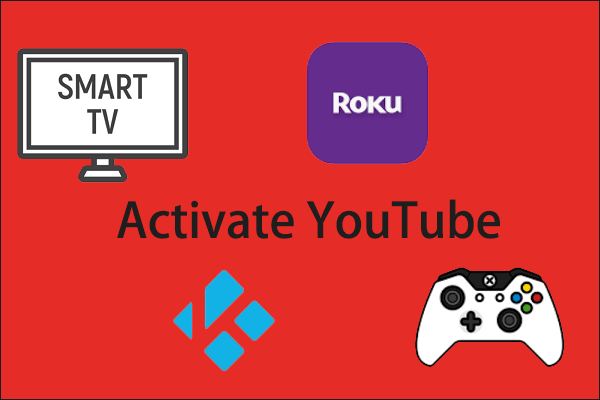 Want to play YouTube videos on different devices? To do that, you need to activate YouTube by using YouTube.com/activate. Read the post to get the details.

Read More
Tip: There are many videos about baseball games on YouTube. They are exciting and wonderful. If you want to watch them offline, you can try MiniTool uTube Downloader. This utility can help you download videos from YouTube freely and quickly.

How to save videos from YouTube to your devices so that you can watch them offline? This post introduces some useful tools to help you save videos.

Do Not Miss the Four BLM Games

YouTube will air four MLB games in September. The first game Miami Marlins vs. Atlanta Braves will begin on Monday, Sept. 7, live at 1 p.m. ET. Set an alarm if you don’t want to miss it.

Which one of the four baseball games do you expect? You can share it with me and other readers in the following comment zone.